WHAT IS LASER HAIR THERAPY AND HOW DOES IT WORK? 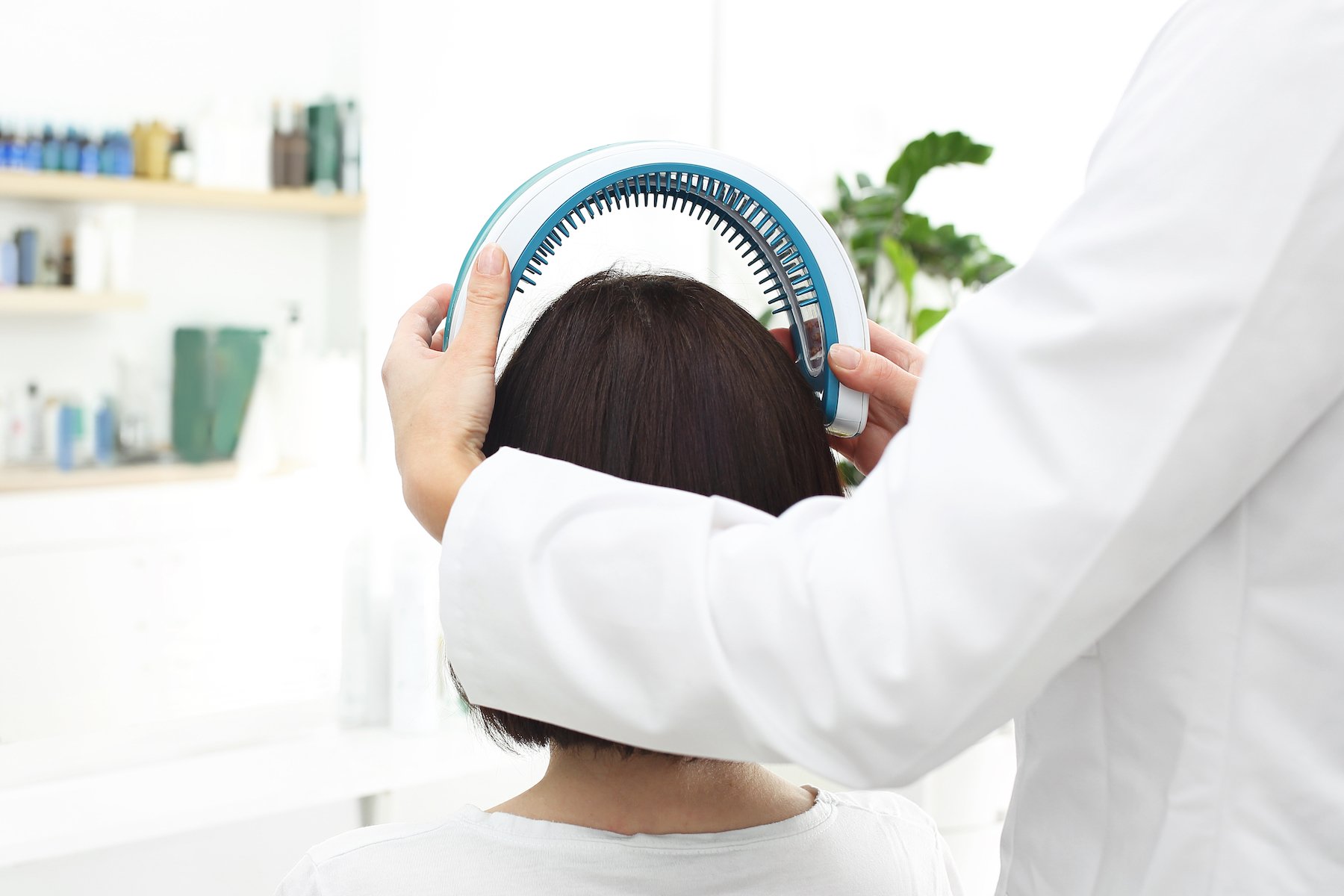 Low-level laser therapy has been found to be safe and probably effective in treating some kinds of hair loss.

There are several reasons why people, men and women alike, lose their hair. It might be due to genetics (as is generally the case with pattern baldness, which is the most common cause), due to medication use, physical pulling (due to a tight braid hairstyle, or a psychologically illness called trichotillomania), nutrient deprivation, or infections.

And for that reason there are different therapies to reverse or at least stop the loss. Male and female pattern baldness being the most common, the medical and cosmetic industries have come up with several solutions that include the invasive (finasteride medication and hair transplant surgery), the less invasive (monoxidil topical hair loss treatment) and the non-invasive therapies (low-level laser hair therapy). Each has some measured degree of efficacy when used correctly.

Laser hair therapy is safe
Laser light therapy, or LLLT, has not been tested for efficacy in clinically controlled trials and therefore is regarded with some degree of skepticism. But it is lab-tested, it is not regarded as dangerous, and users report satisfaction with their results.

Importantly, the medical establishment has determined there is no health risk in use of LLLT. As published in Lasers in Surgery and Medicine, the official peer reviewed journal of the American Society for Laser Medicine & Surgery, searches of PubMed and Google Scholar revealed the following:

“LLLT mediated by a laser comb was approved by the FDA [in 2007 and 2011] as a safe treatment for male and female pattern hair loss respectively. Laser phototherapy is assumed to stimulate anagen re-entry in telogen hair follicles, prolong duration of anagen phase, increase rates of proliferation in active anagen hair follicles and to prevent premature catagen development. The exact mechanism of action of LLLT in hair growth is not known; however, several mechanisms have been proposed. Evidence suggests that LLLT acts on the mitochondria and may alter cell metabolism through photodissociation of inhibitory nitric oxide (NO) from cytochrome c oxidase (CCO).”

Because LLLT devices emit a cool-temperature laser, overexposure is not likely to cause burning or other harm.

To be clear, men and women with androgenetic alopecia – the pattern baldness that affects the majority of men and some women over the age of 40 – are the best candidates for LLLT. And the earlier in their hair loss that they receive the treatment the better the results, as reported by individuals who have used the technique.

Individuals using LLLT also seem to fare better with twice-weekly use of either an LLLT head cap or hand-controlled comb. Overuse of therapeutic laser light is less effective.

To identify one’s propensity to benefit from LLLT, consult first with a dermatologist (a medical doctor) to rule out skin diseases or other causes of hair loss.