A large percentage of men will experience some degree of genetic hair loss by the time they reach age 50.

Science has uncovered several causes of hair loss in men. There are also many myths associated with hair loss. Some people explain their loss because they wear a hat too often, or because of stress. Some people believe their diet causes them to lose hair or that washing their hair too much can exacerbate hair loss. Rarely do these things contribute to hair loss. Let’s take a look at what we know does.

The most common cause of hair loss in men is androgenetic alopecia. This is a scientific medical term for what we know as “male pattern hair loss”. Male pattern hair loss is typified by loss of hair on the top of the head. Research has proven that this type of baldness is caused by the hormone DHT or “dihydrotestosterone” and its effect on hair follicles on the scalp.

Typically our hair – and the follicles – cycle through stages of growth. The Anagen stage, which lasts 2-6 years, is the growing stage. The Telogen stage, or “resting stage”, lasts a matter of a few months.

When the body produces too much DHT, genetically susceptible hair follicles  spend more time resting and less time growing. The result is that the follicles experience “miniaturization” as they become increasingly smaller. This causes the follicle to produce smaller and smaller hair shafts until they finally stop producing hair at all, leaving the scalp bald.

Hair follicles that are susceptible to DHT are usually found in the front (hair line), top and crown of the scalp. As the follicles become miniaturized and the hair shrinks and falls out, the easily identifiable “horseshoe” pattern we know as “male pattern baldness”. What begins as a “receding hairline” at the temples can spread to the crown. This hair loss progression may stop there or progress to total baldness on top of the head. The back and sides of the scalp typically contain DHT-resistant follicles and are usually not affected. The type of pattern that occurs has been predisposed genetically at birth. Genes, hormones and age determine the variation and extent of balding. 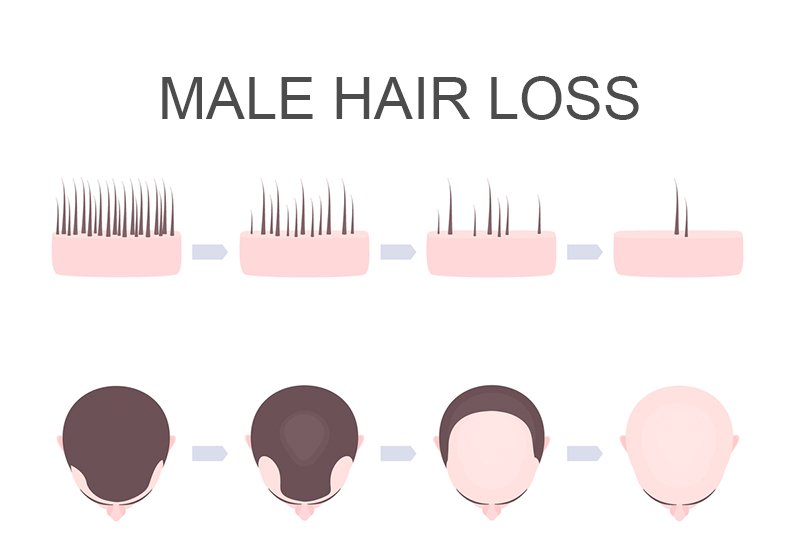 Diagnosing androgenetic hair loss – or male pattern baldness – in men is not difficult. If there is a patterned distribution of hair loss that can be observed and miniaturization of hair and follicles is present, the diagnosis is easily confirmed.

The Norwood Scale – named after Dr. Norwood, a researcher – is a means of classifying hair loss in men. The scale defines observable patterns of hair loss in men, as well as lesser common types of pattern hair loss. Even though male pattern baldness is most prevalent in men, there are diffuse patterned and un-patterned male hair loss conditions, though these conditions occur far less.

Genetic male hair loss can be treated 3 ways: Medically, surgically and non-surgically. Hair transplant surgery is a process whereby the DHT-resistant follicles located on the back and sides of the scalp are removed and then transplanted in areas where hair loss has occurred. This procedure has greatly improved over the last decade and can achieve stunning results. When the surgery is successful, a dense and permanent look can be achieved.

Medical hair loss treatment typically refers to prescription medication such as the oral medication Propecia, and Rogaine, a over-the-counter topical treatment. Such treatments have the potential to stop the miniaturization of the follicle by either blocking the production of DHT in the hair follicle or by reducing the amount of DHT the body produces. Low Level Laser Hair Therapy is also a safe and sometimes effective treatment for genetic hair loss in men.

Nonsurgical options typically refer to highly customized hair replacement systems that replace your hair. This is the quickest and easiest way to achieve the density and look you desire.

As we’ve seen, there are many causes of hair loss conditions. The good news? Regardless of what hair loss condition you may be experiencing, we can restore your natural, youthful appearance. The first step is setting up a a free consultation and evaluation with one of our experts to ascertain why you’re losing your hair. Our skilled team can than determine an individualized treatment path you should follow for your own particular hair loss situation. Contact HairLine today. 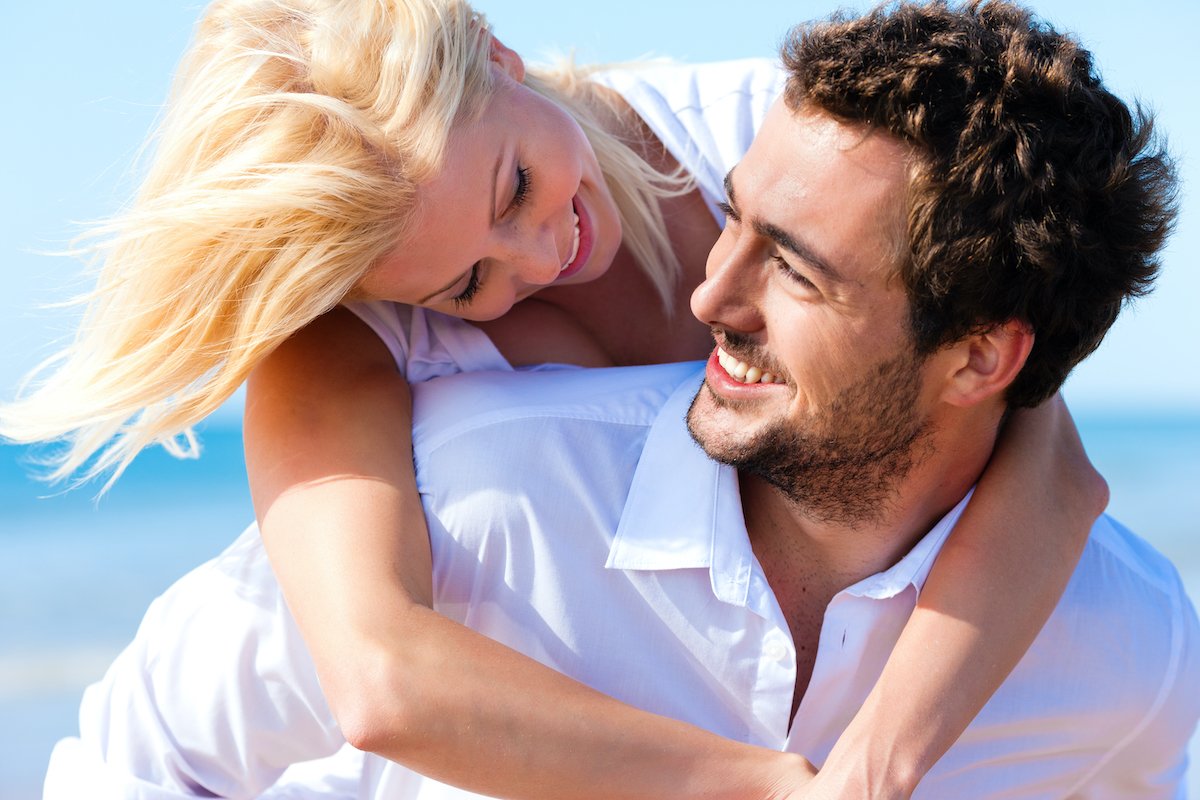 Service and Expertise since 1970

Take it from us, when you’re in business for 50 years, you learn a few things about how to do things right.  At HairLine Hair Loss Treatment Clinics, we understand the importance of maintaining our youthful and natural appearance. When men and women lose their hair, it can adversely affect many parts of their lives. We never lose sight of the fact that our job is to make our clients look so naturally good that it causes them to feel good.

This understanding inspires us to provide the most friendly, patient and compassionate service while offering individualized hair loss solutions to men and women based on their own unique hair loss condition. If you’re encountering any sort of hair loss situation, put your trust in our more-than-capable hands and experience up close and personal what 50 years of premium service, creativity, ingenuity and innovation looks – and feels – like.