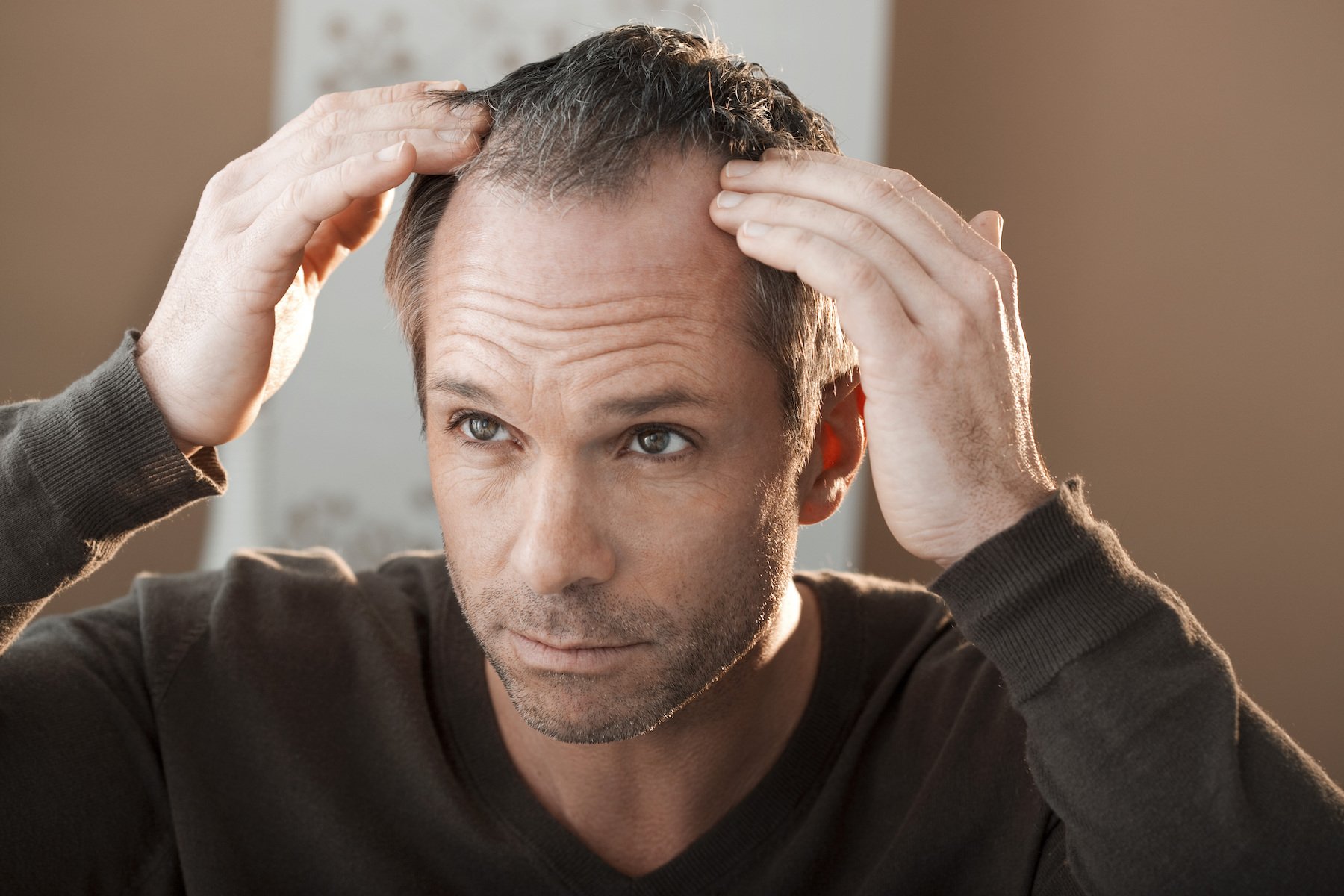 It can be a case of having too much or too little T. And unfortunately, the drive towards one type of masculine characteristic comes at the expense of hair.

We live in a world with a great deal of folklore, particularly where it comes to the age-old problem of hair loss and hair loss solutions.

“It’s from your mother’s genetic line,” say some (sometimes yes, sometimes not). “It’s from wearing those ridiculous hats,” say others (not true at all). “If your mother had shaved your head when you were a child it would grow in thicker,” according to many (not even close to being true; hair follicles aren’t garden basil).

But the most popular of these, that men who lose their hair have more testosterone, is partially true. The trouble is this is a Goldilocks situation. Men with abundant testosterone, as well as men with insufficient testosterone, experience hair loss. But even then, it’s not a simple matter of cranking it up or turning it down. There are other factors involved. When considering men’s hair loss treatments, details matter.

Start with what testosterone, popularly called T, is and what it does to hair. First, about 10% of testosterone naturally converts to what is called DHT, short for dihydrotestosterone. It is the factor of concern relative to male pattern baldness in that it can adversely act on hair follicles. Something similar happens in women, albeit at different levels with different results. DHT is an androgen sex hormone that plays into hair growth, and an ability to gain muscle (with exercise), and it can affect fertility. Some men have more natural T production that can lead to hair loss.

So the association with masculine characteristics isn’t without merit. And it’s clear as to why synthetic testosterone, available through prescription, is popular with aging men looking to get their mojo back.

Ah, but things such as hormones in imbalance can really go awry. Looking at an extreme case, consider bodybuilders who use anabolic steroids to increase muscle mass. Those steroids basically tinker with the endocrine system, causing a user’s body to go beyond the natural conversion of testosterone-to-DHT, which has the effect of diminishing the health of hair follicles. That said, this effect is greater in men with a genetic predisposition to hair loss in the first place, so the effects vary by individual, and the degree and duration of anabolic steroid use.

Looking at the other end of the spectrum, some men have the unfortunate condition of below-average natural testosterone. Of note, this is a function of aging and poor health habits (bad diet, sedentary lifestyle), and is fairly common. The normal range for testosterone is between 300-1000 ng/dL (nanograms per deciliter), so a reading below 300 is define as a clinically deficiency. Accompanied by a lower sex drive, fatigue, and loss of muscle mass and bone density, hair loss occurs as well with low T. But as with the anabolic steroid users, individual genetics favoring hair loss exaggerate the effect.

So, as with Goldilocks, there is a happy middle. A natural approach to testosterone increases can be achieved through diet (tuna, sardines, salmon, egg yolks, oysters, beef, legumes), as well as strength training (high intensity work with large muscle groups increase testosterone production), as well as other exercises that reduce body fat.

For individuals using anabolic steroids, well, the tradeoff between a full head of hair and a contest-worthy V-shaped torso is a choice they need to make.

And for those who have male pattern baldness even with a normal level of testosterone, genetics is your foe – although, finasteride (Propecia) and minoxidil (Rogaine) can help normalize the exchange of DHT with your hair follicles, reducing and sometimes reversing hair loss.