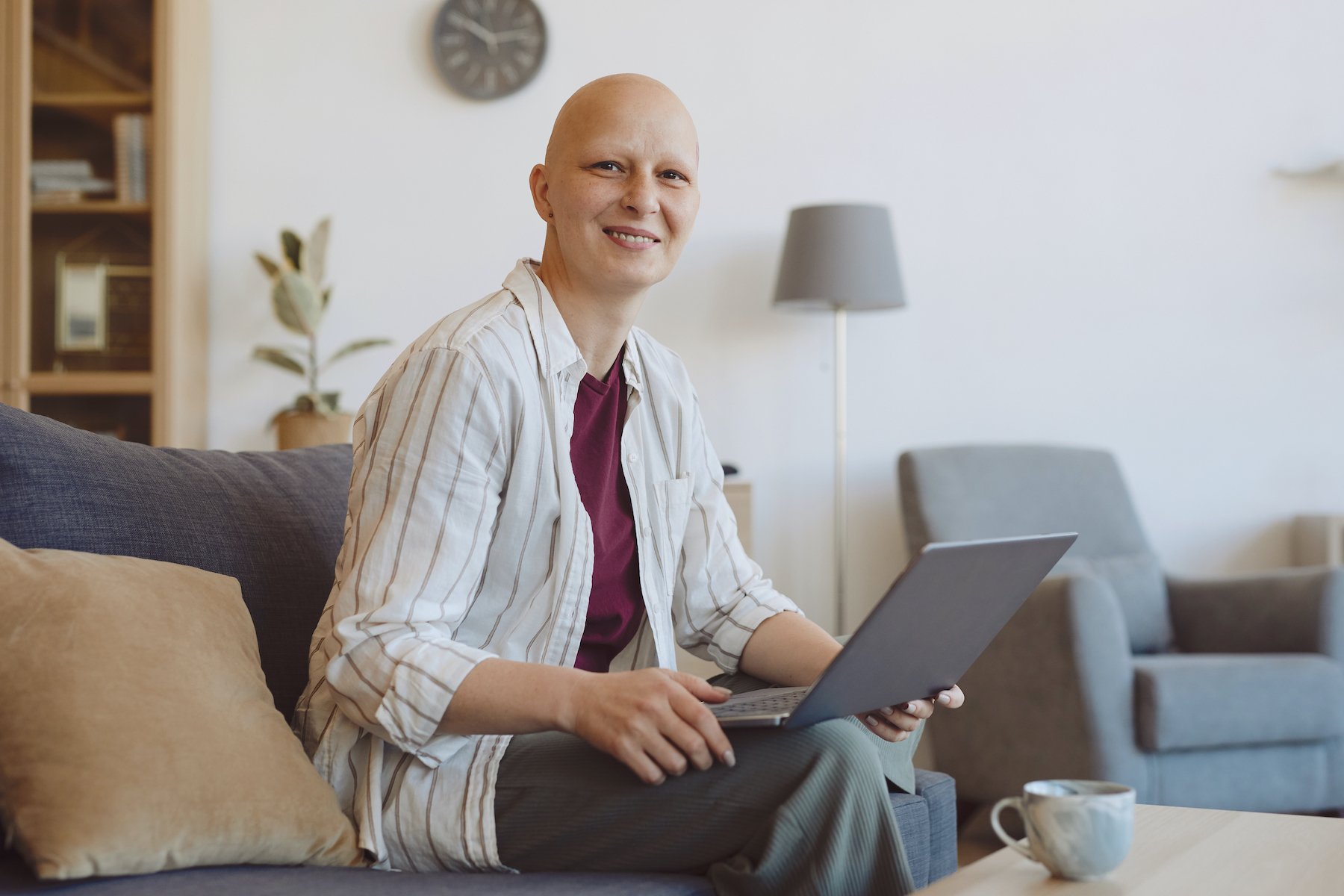 Long a mystery and short on treatments, this is a condition that renders the entire body hairless. But one small study shows hope in a psoriasis medication.

To picture someone with alopecia universalis, think of the performers in the popular Blue Man Group company, just minus the blue body paint. They have no hair, and while they perform clothed, you get the sense they have an otherworldly hairlessness all over.

Alopecia universalis is that: a universal loss of hair, from head to toe. It’s a disheartening hair loss condition, to say the least, and one with mysterious origins while lacking “silver bullet” hair loss treatments. But some recent off-label use of a medication otherwise approved by the US Food and Drug Administration for rheumatoid and psoriatic arthritis shows significant promise for reversing this form of hair loss.

Theories on the cause or causes of alopecia universalis range from genetics to stress to whatever might cause the immune system to attack cells that are in fact not foreign to the body. It is an autoimmune disease, which tend to run in families. Notably, there are associations between various types of alopecia and immunity dysfunction. In those cases, stress might trigger the onset of the condition.

While the loss is restricted to the hair itself – the roots remain healthy ­– alopecia universalis is characterized by smooth, unscarred-yet-hairless skin. The loss includes scalp hair, eyebrows, eyelashes, and body hair – even hair inside the nose. It can increase the risk of skin cancer, particularly on the scalp, due to unblocked sun exposure, but it is otherwise considered non-life threatening.

A 25-year-old male victim who had the condition also had patches of plaque psoriasis, which does affect the skin with scaly redness. When he received treatment for the psoriasis at Yale University School of Medicine, an unexpected side effect was his hair grew back – everywhere. After seven years of hairlessness, he regrew scalp hair, eyebrows, eyelashes, facial hair, armpit and other body hair. This was after three months of taking 15mg daily of tofacitinib citrate.

Following that one-patient incident in 2013, the medication largely worked in a small study of 20 people, 18 of whom were women and 14 had alopecia universalis (the others had lesser forms of alopecia). After three months of receiving the medication, 70 percent of patients showed regrowth to some degree, while eleven patients regrew more than 50 percent of the hair they had lost. After 12 months of treatment, 91.7 percent had some regrowth and 25 percent had a full regrowth of hair.

The treatment with tofacitinib citrate did involve some side effects, including elevation of cholesterol, triglycerides and low-density lipoproteins, palpitations, herpes zoster, and upper respiratory infection.

Regrowth also occurs spontaneously in untreated patients with alopecia universalis, with no medication whatsoever. For those who are not so luck, those who cannot access treatment or choose not to pursue it, or for whom that treatment is ineffective or problematic, many other forms of hair restoration or hair replacement can be pursued.