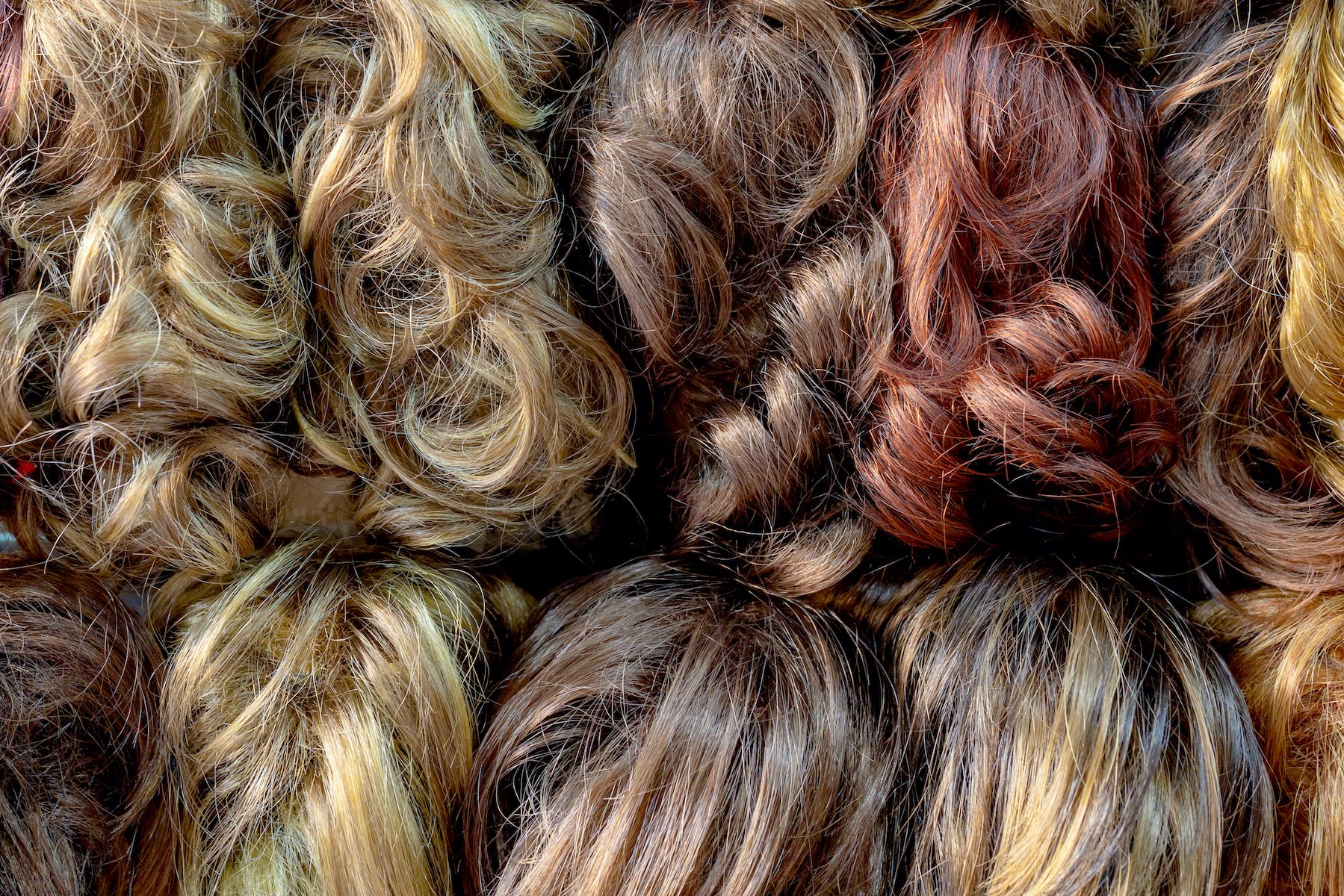 With both materials offering different advantages, it might make sense for the wearer to have one or more of both synthetic and natural human hair wigs for different occasions and purposes.

People have all kinds of reasons to purchase and wear a wig, a toupee, or other kinds of nonsurgical hair systems. Maybe they have unfortunate hair loss conditions due to any number of situations. Perhaps the person is undergoing medical treatment such as chemotherapy, and maintaining an attractive appearance is its own medicine. For members of certain religions, such as married Orthodox or Hasidic Jewish women, a wig suffices as a hair covering, a traditional notion of propriety. And in some cases, the individual simply enjoys trying new looks on occasions.

But in all cases, there is a fundamental question to answer, particularly as they buy their first wig, toupee, or hair system: should it be made of natural hair, or hair made from synthetic material? The following characteristics of both should help such individuals answer that question.

The hair moves and breathes differently. This is fairly intuitive. Human hair wigs, particularly those in longer styles, moves more naturally than synthetic hair wigs. That also applies to wet conditions such as swimming with them on, however that is not recommended because of the care required to style them (see next point). Human hair wigs are also lighter weight and breathe better.

Care and care-free. Human hair wigs are more versatile, but with that versatility (colors, styles) comes with the same work (cleaning, conditioning, styling) required of real hair. A synthetic hair system is what it is and as such needs to be cleaned but requires little else.

One style vs. your styles. With synthetic wigs, you pretty much get the style that you buy. With natural, human-hair systems it’s possible to color and curl it as you wish (take it to a salon for best results).

One lasts longer. For wigs and toupees worn every day, the life of a synthetic wig is about four to six months, assuming proper care is used in wearing and washing. Synthetic wigs are prone to tangling, shedding, and getting frizzy. A human hair wig should last a year without any of these problems and up to three years if worn only occasionally.

Cost and costly. Human hair wigs will almost always cost more than synthetics. But the difference between them varies according to the relative quality of either system. Promoters of human hair wigs will always argue, validly, that natural hair lasts longer because they are made better with more expensive materials.

Humidity. The advantage goes to synthetic hair where it comes to humidity. Real human hair curls and frizzes in humid conditions, where synthetic hair responds as would a paintbrush, which is to say not at all.

Where it comes from. This is where things get interesting. Synthetic hair is made from polymers and plastics, mostly likely derived from petroleum but sometimes from plant sources. Human hair (keratin) comes from many places, but historically most comes from India and China. This is due in part to economics – poor women make money selling their locks – and partly due to a religious ceremony. According to reporting in Cosmopolitan magazine (“9 insane Facts About the Human Hair Used in Wigs and Extensions,” December 3, 2015), religious pilgrimages to such places as the Venkateswara Temple (Tirumala, India) involve shaving of the head in a ritual. There, a literal production assembly line of barbers shaving heads, after which they sell the hair at about $700 per pound. Wigmakers buy it, clean it, and weave it into wigs. But naturally blonde hair, sourced from American and European women, is more valuable, where the person providing it can be compensated $1,500 for a wig that then might retail for $8,000.

Clearly, these present several options to the customer. And in those options is the opportunity to own several hair systems, perhaps with a mix of synthetic and natural human hair wigs.