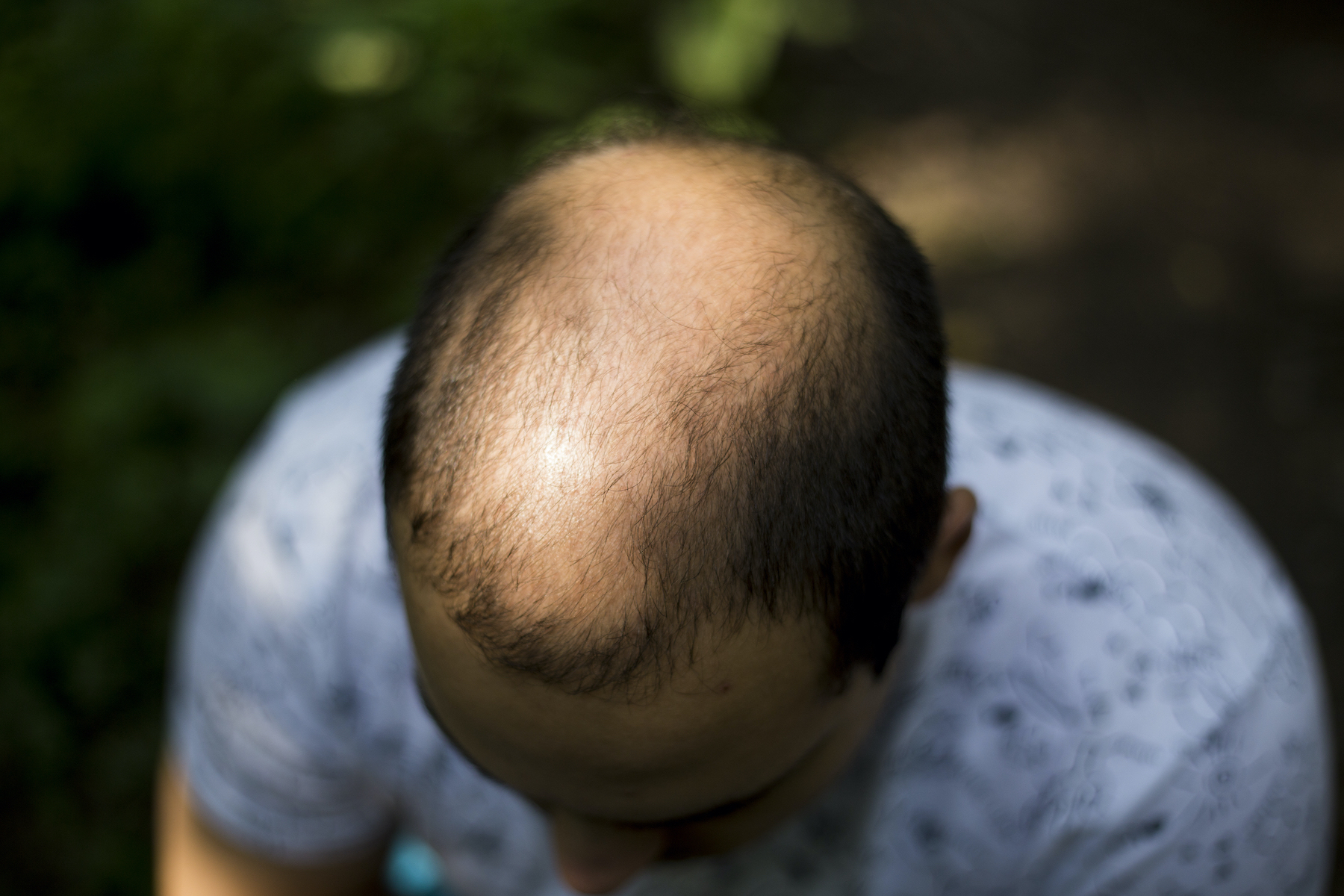 How does the Norwood Scale work? It simply shows what minimal, medium, and maximum hair loss looks like, helping men figure out if – and when – to stop it.

It might seem as if someone experiencing male pattern baldness, the most common form of hair loss, would be aware of it happening. But like weight gain and cognitive decline, it actually comes on gradually, unnoticed in the earlier (and most preventive) stages. Perhaps only when a barber or hair stylist suggests changing how the hair is cut – to work around an ever more hairless pate – does the individual come into awareness of his hair loss.

And to be clear, this is almost exclusively a problem for men. Women have hair loss also, but for the vast majority of them it happens in a generalized way across the full scalp, not in a pattern.

Since the 1950s, a chart of what male pattern baldness looks like, from earlier to later stages, has helped identify the degree to which a man has lost his hair. The chart, originally created by James Hamilton and updated in the 1970s by Dr. O’Tar T. Norwood, a dermatologist, created the Hamilton-Norwood Scale. It is most commonly referred simply as “the Norwood Scale.”

The Norwood scale breaks down the stages of hair loss into seven phases, the first being no recession of hair growth and the seventh where merely a “horseshoe” of hair following from ear to ear and to the neck remains, with the scalp free of thick hair growth (always a little bit of wispy hair remains, hardly discernable from casual observation).

In between those extremes of no loss and near total loss, the stages include:

Stage 2 – Recession from the temples

Stage 3 – Further recession from the temples, where the crown also thins or a bald spot up there is apparent

Stage 5 – Balding areas grow larger, as the strip separating the crown and the forehead is increasingly thinner

Stage 6 – Here is where the strip of hair disappears, with the crown and forehead bald spots joined 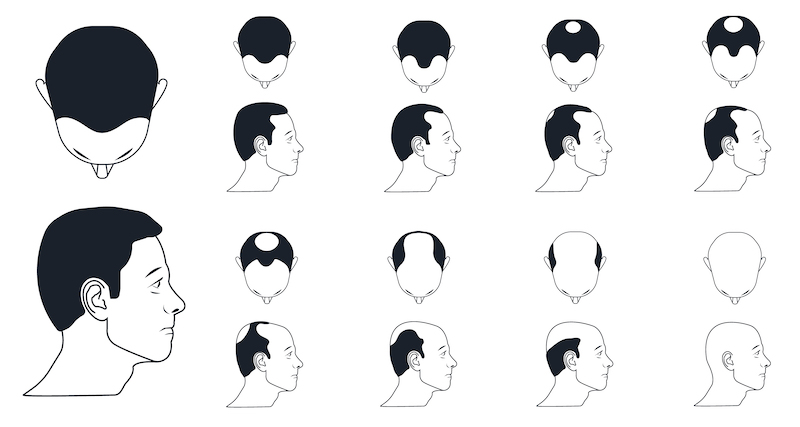 It bears mentioning that Norwood himself was also a pioneer in hair transplant surgery. It’s one of many ways in which hair loss can be addressed: medications that include minoxidil (Rogaine, etc.) and finasteride (Propecia, etc.) can restore hair growth, best used in the earlier stages. Hair replacement systems have improved considerably in recent years, as have transplant methodologies.

What the Norwood Scale accomplished was it gave a language and benchmarks for assessing hair loss for individuals and their dermatologists. It also helps the individual to track the progress of hair loss, to identify from month to month and year to year how fast it is happening – where it likely will be in the not-distant future, and whether to take action sooner or later.