PROPECIA VS. ROGAINE: THE DIFFERENCES 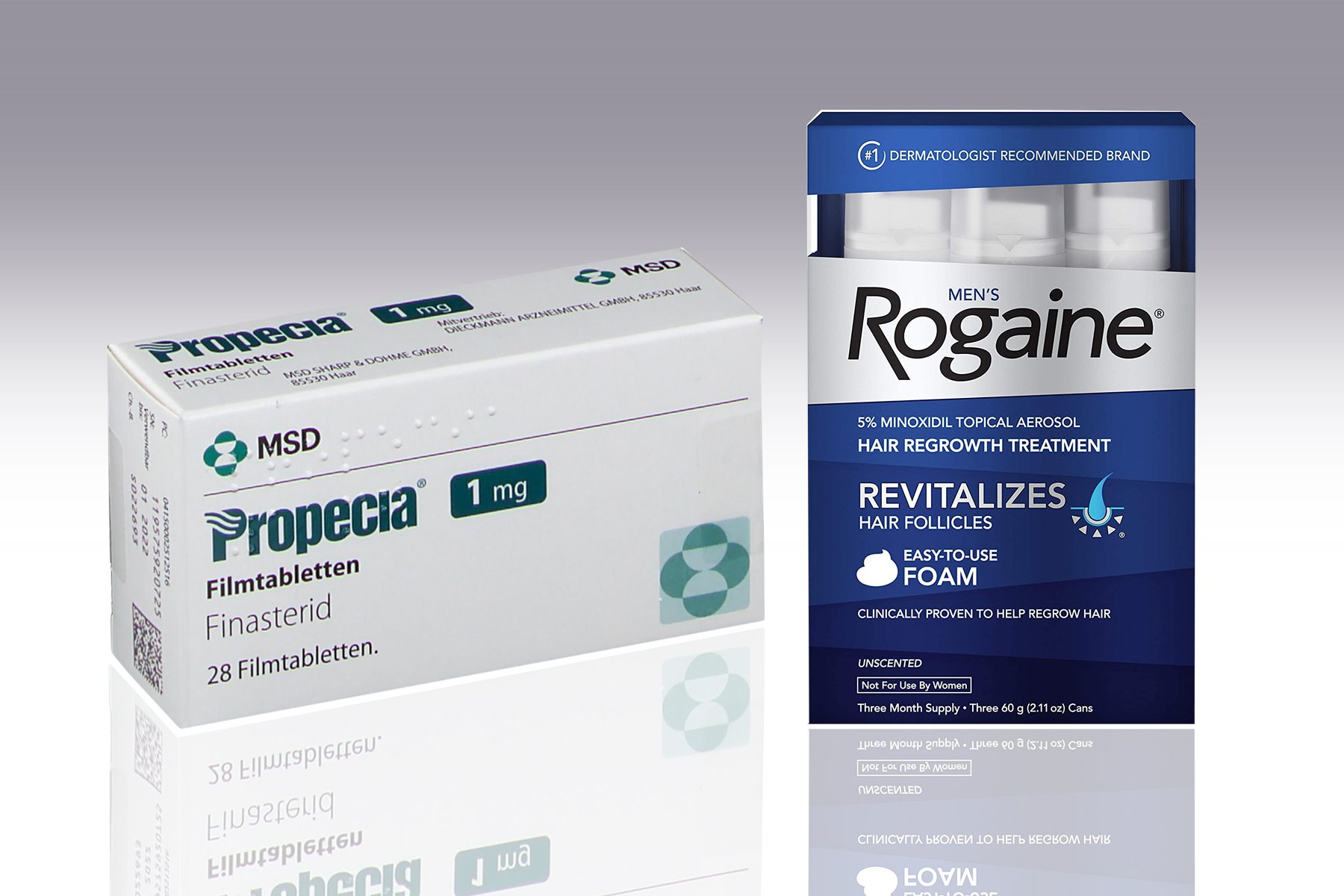 These two very different medications were given regulatory green lights around the same time, transforming millions of heads. How do they differ?

The two primary medications for treating male pattern baldness – androgenic alopecia, which also affects women but in different ways – are finasteride (sold as Propecia, Fincover, Finalo, Finpecia, and Finax, among others) and minoxidil (sold without a prescription under the names Rogaine, Kirkland, Basic Care, Bosley, and several others). Both have been around for more than 20 years, with full approval from the US Food and Drug Administration, and as such have a documented track record. Both are considered viable medical hair loss treatments by hair loss centers and the hair loss treatment industry at large.

An important distinction between the two is propecia/Finasteride is taken internally in tablet form, while minoxidil/Rogaine is applied topically to the parts of the scalp where hair is thinning or gone.

The good news is both can be noticeably effective, although that varies by individual. But they have different degrees of efficacy and both carry side effects that the individual should consider before taking them.

First, how effective are Propecia and Rogaine?

Finasteride/Propecia in clinical studies is found to be effective with 80 percent of men taking a 1mg dosage. By “effective,” the study investigators look at preserving what’s there and, separately, regrowing what had been lost (at least some of it). Over the course of two years or more, studies find that regrowth occurs in 64 percent of men. Placebo groups (comparisons to people not taking finasteride) showed much higher rates of hair loss, indicating it’s the finasteride that did it.

Minoxidil/Rogaine efficacy is best for people under the age of 40 and in earliest stages of hair loss. The most promising study of the effects of Rogaine use (other brands are generically equivalent of course; this name is most recognized) looked at 984 men using a 5% formula. Hair loss was reduced in 62 percent of men in the study, with 85 percent of the patients self-reporting between moderate, effective and very effective results. About half the participants fell into the middle range of effectiveness; only 16 percent found it was ineffective.

Because women can use minoxidil, they have been studied as well and about 1 out of 5 (19 percent) report hair regrowth after eight months of usage. Forty percent of women see minimal regrowth from the medication.

What are the downsides to Propecia and Rogaine?

So why are women forbidden from using finasteride/Propecia? This is where side effects get really challenging. If a pregnant woman so much as touches a broken tablet of finasteride it can lead to a serious birth defect in a male fetus. Needless to say using finasteride is completely forbidden to women who could become pregnant.

So in addition to keeping your missus far, far away from your Propedia stash, you should consider the side effects of this medicine taken orally: chills, cold sweats, confusion, and dizziness are most common. Less common side effects are bloating, breast enlargement, hives, rapid weight gain (or, conversely, rapid weight loss), and skin redness. Short-term symptoms that more likely disappear after a while are decreased libido, sexual dysfunction, sleepiness, and sneezing.

The downsides of the topically applied minoxidil/Rogaine are scalp irritation, hair growth in adjacent areas (including the forehead), and changes to hair texture and color. Also, keep your pate out of the sun – applying Rogaine to a sunburned scalp could mean an unhealthy amount of absorption into the bloodstream.

As with finasteride, minoxidil is not recommended for women who are pregnant, could become pregnant, or who are breastfeeding. It has not been tested but the FDA deems it as “pregnancy category C,” meaning they haven’t been able to determine if it will have a deleterious effect on unborn fetuses.

A final note on both finasteride and minoxidil: If you plan to keep your hair the rest of your life, you will need to keep using the medication. The beneficial effects cease if you stop.