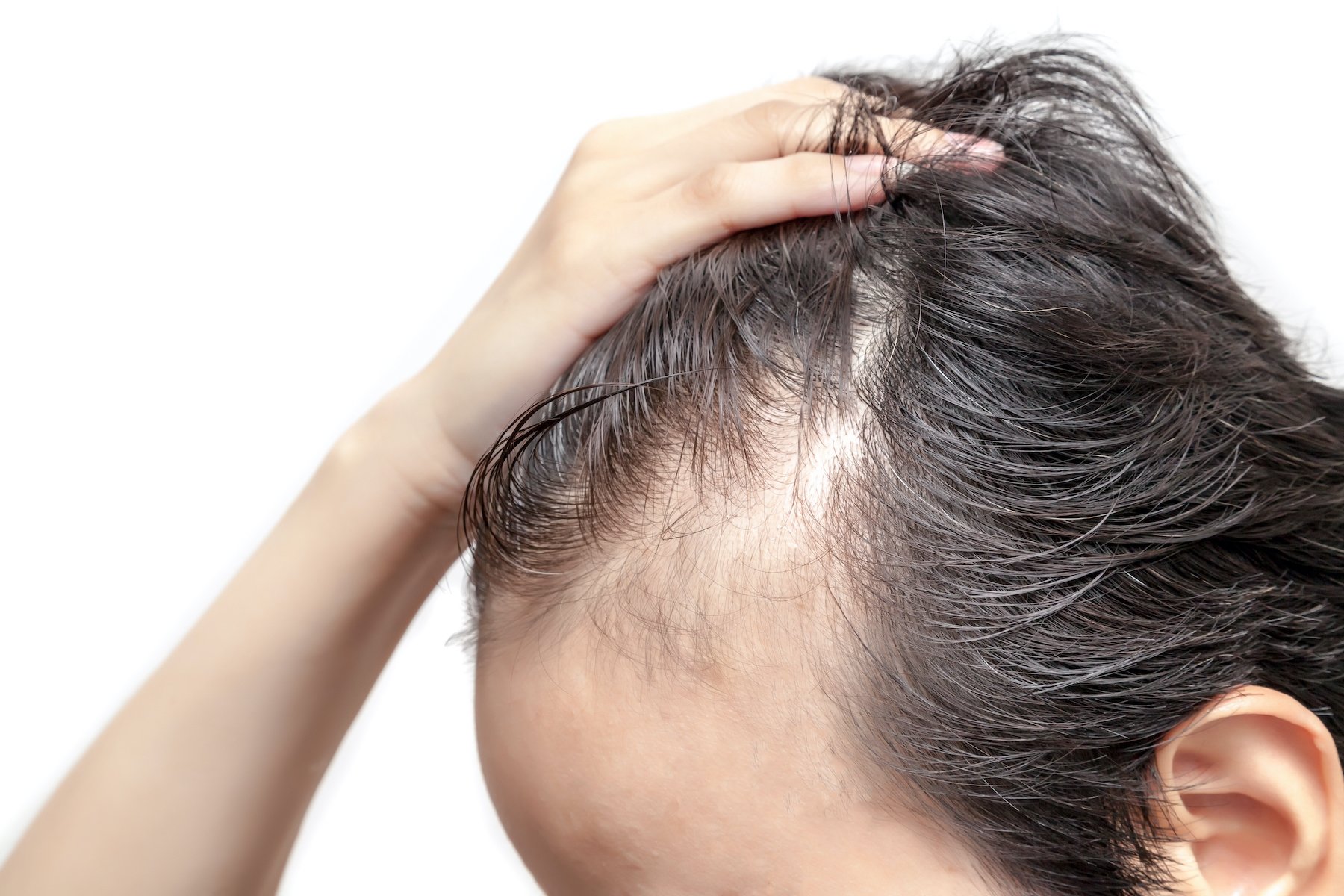 More and more celebrities and public officials are coming out about their hair loss, shunning wigs for the natural bald look. We always want to know what caused it, of course.

The term “medical hair loss” is a redundancy. All hair loss has a health basis – as in, it’s the result of a biological function (or dysfunction) of one kind or another. Most of the cause is written in the genetic code of the individual, some hair loss conditions are due to an injury, and some are from the applications of a medication. Also, a lack of nutrients can lead to hair thinning (as seen in victims of famine and people with eating disorders), and how a person styles their hair might lead to an infection.

In most cases, the individual is not interested in hair loss. Shaving the head might achieve a preferred style, but that isn’t hair loss since the living parts of hair, the roots, are still functioning.

That said, the term was bandied about in the aftermath of the 2022 Academy Awards ceremony, when Jada Pinkett Smith’s alopecia was the butt of comedian Chris Rock’s joke (and he received the business end of Will Smith’s hand slap). Fortunately, it also fostered a couple of other conversations and terms that moved forward an understanding of this common challenge, particularly for women, and how glamorous people deal with it. Those are:

Hair loss happens, even to younger women. Pinkett Smith is 50 but has been dealing with hair loss for several years. In her case, the cause is an autoimmune disorder known as alopecia areata, where cells in the immune system surround and attack the hair follicles (the roots). The loss is rarely permanent because the follicles themselves are not destroyed, however the reason for the immunity system reaction is perhaps more difficult to address (for example, it might be due to an incurable chronic condition such as multiple sclerosis or rheumatoid arthritis, and therefore the hair loss will continue).

Society nonetheless grapples with hair loss, with both women and men. At the awards ceremony, Pinkett Smith should have won a statuette for being the most authentic person in the room about her hair loss. Hollywood is filled with people who for very important career reasons need to maintain an appearance of youth and vitality. Men and women alike regularly use hair pieces of some kind (not to delve too far into face lifts, breast enhancements, butt lifts, and shoe lifts).

A hairless head can be a choice. Instead, Pinkett Smith chose to simply shave her head and allow her other features to carry the day. Her skin is flawless, her cheekbones, eyes, and mouth are cinematic-quality, and she carries it with the personality of someone who is fully in charge of herself.

So, while the actress’ hair loss was a topic of much discussion in the days and weeks following the Oscar ceremony, it’s clear Jada Pinkett Smith is living her best life – and setting an example that women and men outside the movie industry can appreciate and perhaps copy. No medical intervention or treatments for hair loss required.