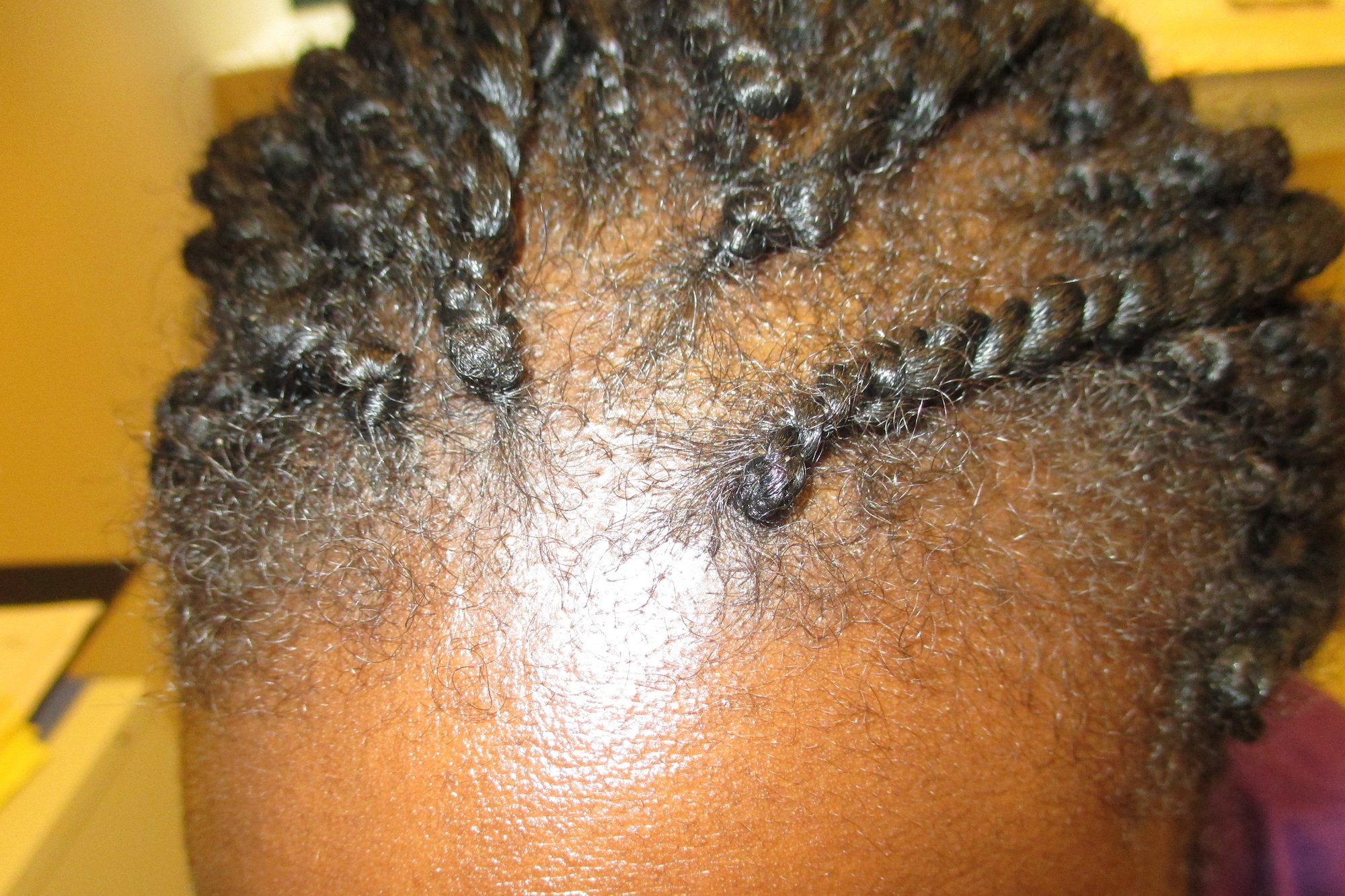 Hair loss due to grooming techniques – tight hair braiding and ponytails in particular – might be frustrating. A change of style is the best preventative.

While the vast majority of individuals who experience alopecia – that’s hair loss of the involuntary kind – do so because of a genetic predisposition, at least one type of follicular demise is due to behaviors. Therefore, individuals must keep an eye on prevention, because hair loss solutions for this particular condition can be tricky business.

It’s called traction alopecia. It’s largely due to pulling the hair tightly, as in a ponytail or braiding, and thus affects women much more than men. But it plays no favorites with gender under certain circumstances: there are at least two examples of hair practices due to religious observances that can also lead to traction alopecia. One is with men of the Sikh religion, whose turbans conceal the uncut hair that characterizes their faith, which they sometimes pull tight with clips; the other is religions that forbid women from cutting their hair, in which case very long locks are heavy enough (with particularly thick hair) that gravity tugs on the hair roots.

A third cause of traction alopecia can be sports headgear, such as helmets of various types worn by skiers, snowboarders, bicyclists and motorcyclists. But that is under extreme use, and generally is accompanied by unchecked infections.

Who is most affected by traction alopecia?

African American women most commonly experience this condition because certain styling techniques within the culture, such as braiding and cornrows, involve tight tugging of the hair. Compounding it in individuals of any race and gender is the use of harsh chemicals to relax or otherwise condition the hair in certain ways. A related, chemically induced version of hair loss is central cicatricle centrifugal alopecia, also affecting primarily women of African descent.

Additionally, the use of hair weaves – sometimes used to conceal hair loss – that involve braiding a hairpiece into growing hair can tug on the roots, leading to traction alopecia.

The reversibility of this type of hair loss is considered a matter of timing and severity. Particularly where chemicals compound the physical tugging of the hair, the loss is more likely to be permanent.

Prevention and treatment of traction alopecia

The ways to halt or prevent this type of hair loss is a list of dos and don’ts:

DO change your hairstyle such that the tugging is occasional and not continuous, wrap your head in place of hair rollers while sleeping, choose a satin wig cap if you wear wigs, and wear weaves and extensions for only short periods of time.

As for treatment of apparent hair loss due to traction alopecia, visiting a dermatologist is the smartest first step. A medical examination might involve taking a biopsy to determine if there is or is not another cause to the hair loss. If an infection is identified – which might itself lead to hair loss – your doctor can prescribe antibiotics, topical steroids or antifungal shampoos to correct for that.

Ultimately, over-the-counter treatments (minoxidil or biotin supplements) might be prescribed if your doctor determines that regrowth from traction alopecia is possible. If it’s too late for treatment, a referral to a more-than-competent studio that specializes in women’s hair loss solutions is advisable.