LEARN ABOUT DHT AND HAIR LOSS 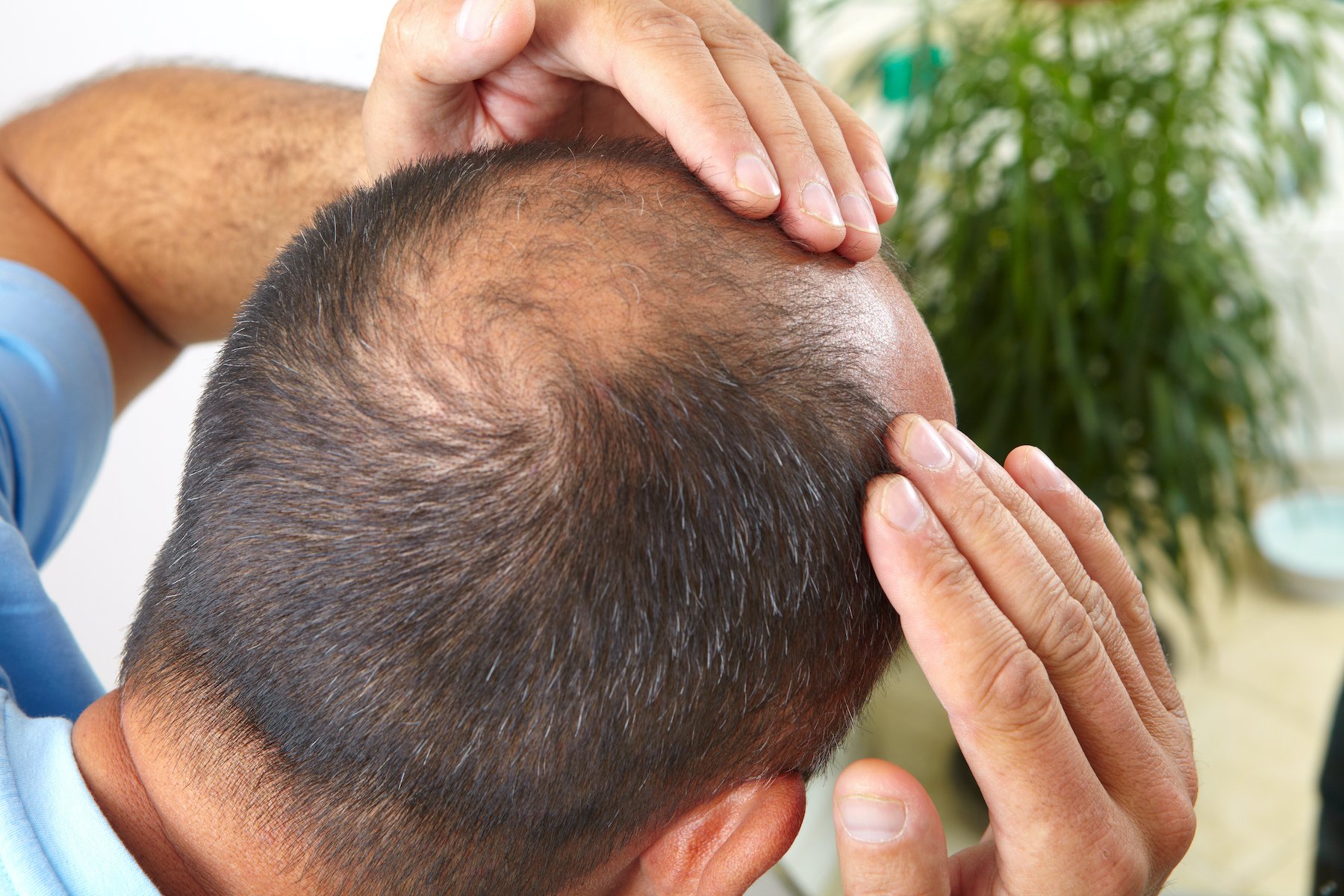 Does the presence of more dihydrotestosterone, derived from testosterone, mean that manly men tend to be bald? Maybe yes, maybe no. It’s not straightforward.

If you study the effects of the male sex hormone DHT – the initials representing dihydrotestosterone – it brings up fascinating claims on the Internet about the relationship between virility and balding.

Most of it tends to be bunk, equating virility with balding. Not that there isn’t a relationship between DHT and hair loss. There absolutely is. But because a simplistic understanding of the relationship between the two is very often the reason for myths and misinformation. Oftentimes websites selling hair loss treatment products making dubious claims about curing hair loss are responsible for bogus information, while reputable hair loss clinics get it right.

DHT is related to male sex characteristics (although women have some as well, explained below). In puberty, DHT alters the vocal chords to produce the deeper voice of men, it contributes to body hair, it helps with the growth of muscle (for those who exercise), it leads to the growth of the penis and related reproductive functions, and it affects the distribution of fat.

But where the presence of DHT affects hair involves an unrelated factor: genetics. When it attaches to receptors on hair follicles it leads to hair root shrinking and a reduced capacity to grow. But not for everyone. Some men keep their hair into old age, obviously not affected by this. The reason they remain coiffed is based in the genetics affecting their hair follicles – DHT simply doesn’t affect some peoples’ hair as it does others. This tends to be passed down through generations, hence the reason you can blame hair loss (or thank them if you still have yours) on your parents.

Getting back to the relationship between hair loss, DHT and overall virility, it should not go unmentioned that DHT is converted from testosterone by way of enzymes. The more testosterone a man has, the tendency he will have body hair; the corollary of course is lower testosterone, particularly in teenage boys, leads to a lessening of male characteristics (late puberty, minimal body hair, less deepening of the voice).

A medication such as finasteride, given to men for hair loss, is a DHT blocker. Taking it (the brand name is Propecia) helps restore hair growth.

What about women and DHT? It’s well understood that women have smaller amounts of testosterone than men (and men, by the way, lose testosterone as they age while estrogen, the “female hormone,” exists in all male bodies and increases over time in their system).  But through similar mechanisms, female testosterone converts to DHT that then diminishes hair growth on those women who are genetically predisposed to it. It’s not a rarity – as many as 30 million American women experience this type of hair loss (called androgenic alopecia). The difference is their hair thins all over, compared to the pattern that happens with men.

The other enduring question is, why do men lose hair on their head and not their body? It boils down to this: the hair follicles on the head are different from those on the body – which makes sense as you consider how body hair only arrives with and after puberty.