HOW SMOKING CAN CAUSE HAIR LOSS 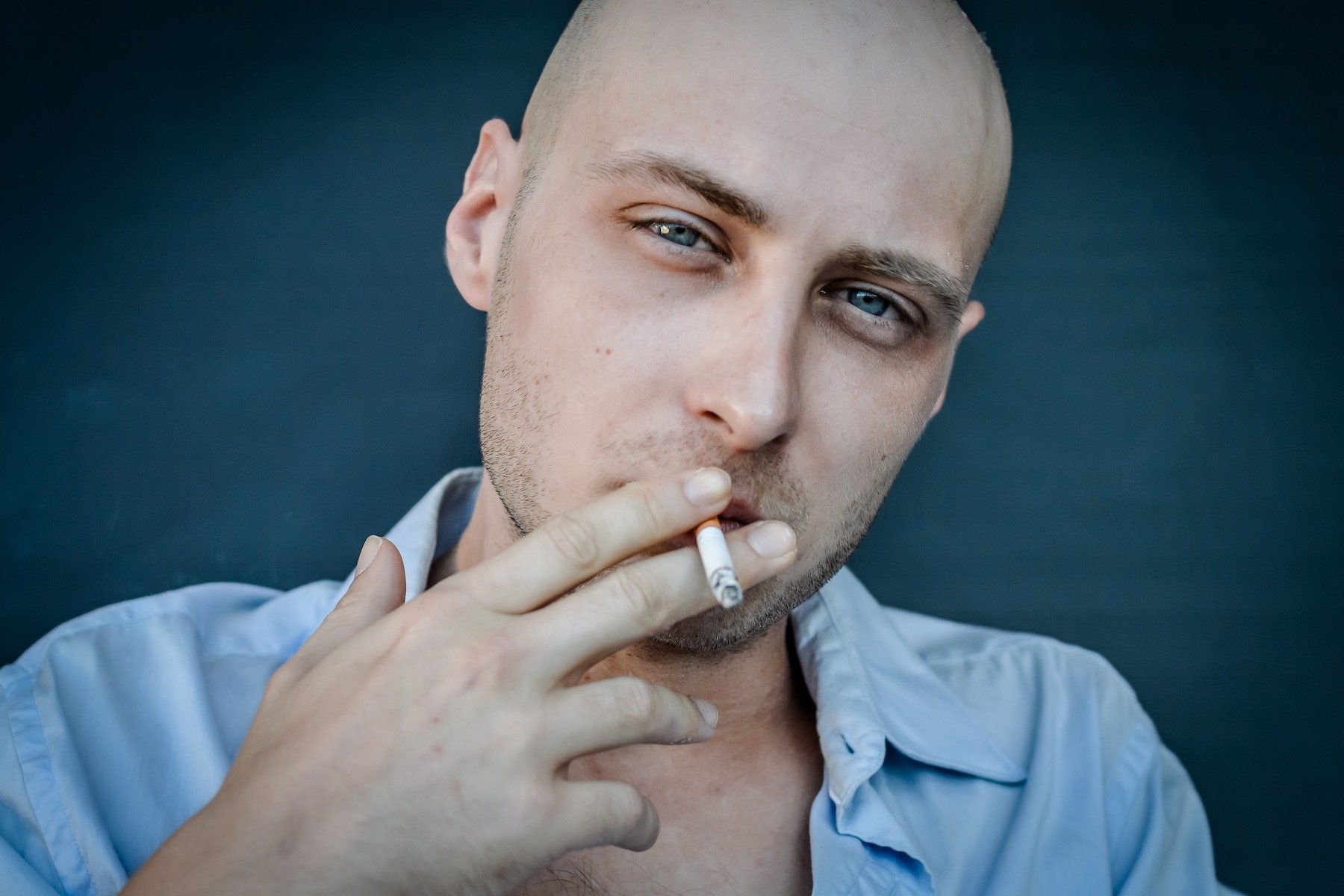 Does a draw on a Marlboro cause balding? Can we blame a Newport or Camel cigarette for hair loss? Will a Kool be not so cool for your appearance? Science weighs in.

Of COURSE smoking is deleterious to hair health. You find this surprising?

Since the early 1960s, some would say decades before that, it’s been understood that tobacco smoke is damaging to the lungs and heart. In more recent years the association between cigarettes and cancers in several parts of the body have been identified. The factors at work aren’t simply nicotine in the lungs and bloodstream. It’s the presence of ammonia, arsenic, formaldehyde, hydrogen cyanide, and lead – produced when tobacco and cigarette paper burn – that impair the body’s health in many ways.

And it’s not just about health. A generation ago, advertising designed to reduce smoking incidence, provided evidence that a cigarette habit can lead to wrinkly, sagging skin. While that is not a fatal condition, it can be a motivator for quitting. The campaign was considered successful. Where 50 years ago half the adult population smoked, today that’s down to one in seven American adults.

Now, research strongly indicates an effect on hair health. Ditch the smokes in favor of spending money on hair loss treatments – laser hair loss therapy, hair transplant surgery and others – at your local hair loss clinic. There is further incentive to quit.

For starters, a study out of Al-Hazar University in Egypt (“Implications of cigarette smoking on early-onset androgenetic alopecia: A cross-sectional study,” Journal of Cosmetic Dermatology, September 2020  Ahmed S. Salem, MD, et al.) found that cigarette smoking is strongly associated with hair loss. Researchers looked at 1000 men, half who are smokers and the other half non-smokers. Fully 425 of the 500 smokers had some degree of hair loss, while only 200 of the 500 non-smokers experienced hair loss. In other words, being a smoker makes it more than twice as likely you would have more hair loss.

What are the mechanisms? Here are likely the main ones:

Oxidative stress. Smoking adds to free radicals in the body that damage DNA in some cells, including those of hair follicles. When hair follicles suffer, so too does the shafts of hair they produce.

Reduced blood flow.  Hair follicles need nutrients just like the skin, bones, muscles, etc. But when blood vessels are damaged, those nutrients aren’t getting to where they are needed. Exacerbating this is reduced heart function, which means it fails to pump the blood with the vigor of, say, a non-smoking marathon runner. Eventually plaque builds in arteries, impairing the flow of nutrients even further.

Autoimmune response. This is kinda complicated, but bear with us. Cigarette smoke, in the lungs and on the skin, are pro-inflammatory and immunosuppressive. The smoker will get a release of cytokines and chemokines while smoking, while our body’s immunity friends – T-cells, T-helper cells, and B-cells – are suppressed. None of this is good, as it promotes androgenetic alopecia, which itself is a type of autoimmune disease.

So, this is a no-brainer. If you care about your appearance (skin and hair), your longevity, and the type of cardiovascular health that enables you to exercise – and we didn’t even get into the whole topic of breath odors – ditch the cigarettes.