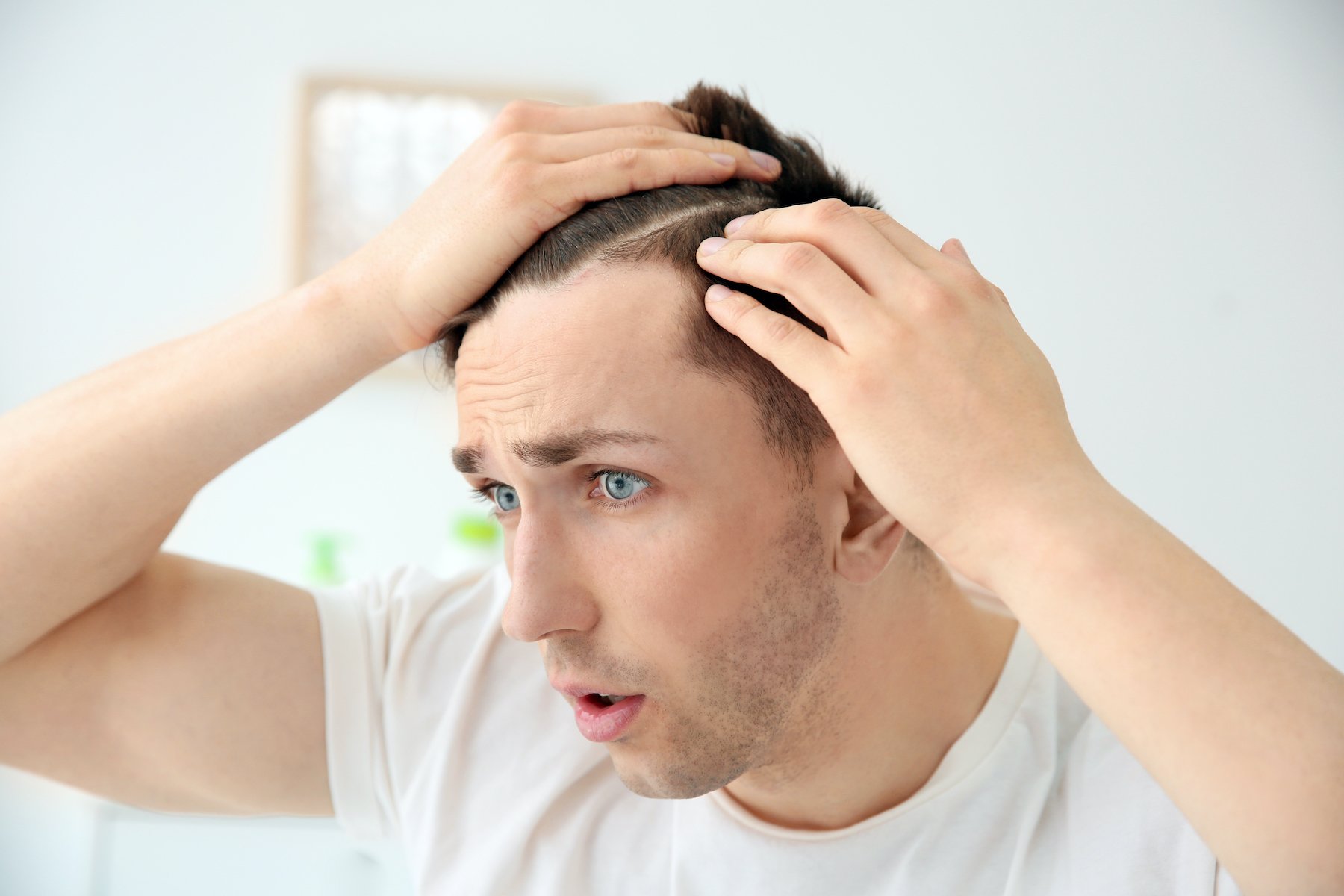 Treatment after the fact of losing one’s hair might not fully restore your follicles. Here are four key points to guide you and your scalp to keeping a fuller, richer head of hair.

In some families, most or all the men lose their hair by the age of 40. In other families, hair loss is hardly noticeable, although it certainly thins as the men reach into their senior years.

The general belief is that male pattern baldness is genetically predetermined and that nothing can be done to prevent it, and little can be done to solve it after the fact. The first part of that, genetic predisposition, is largely true. But there is mounting evidence that the degree of hair loss, perhaps even the inevitability thereof, can be influenced by the individual’s behaviors.

So what can a man do to prevent hair loss? Here are some important tips:

Grooming. Harsh hair treatments – excessive brushing, chemicals to dye or straighten hair – can damage the follicles and cause breakage. While more commonly a problem for women, it can have the same effect on anyone’s hair, regardless of gender.

Behaviors. Our vices can catch up with us eventually. That includes smoking, drinking, and other choices that we’ve been warned about since we were children. These things can lead to reduced blood-borne nutrients and reduced oxygen reaching the hair follicles.

Looking at it from the opposite perspective, exercise improves circulation which brings more nutrients and more oxygen to the scalp. Added bonus: it can reduce stress, which can have a huge effect on how much hair you keep. Recent research has shown that stress might play a much bigger role in hair loss than previously thought.

Nutrients. You are what you eat, in many respects, and so is your hair. Foods that are high in beneficial nutrients such as omega 3s and vitamin D (fish are great for this, including tuna, mackerel, salmon, and herring), proteins in particular (fish, plus poultry, lean meats, and legumes), minerals (selenium and zinc, found in eggs, plus iron found in kale, spinach, collards, almonds, and flax seeds), and low in sugar (eschew cookies if you can instead eat slower-digesting complex sugars in fruit, which can also be rich in antioxidants and vitamin C), provide the proper food to maximize hair and scalp health and vitality.

Medications. It’s not just chemotherapy. For some people, the following medications can cause hair loss: beta blockers, blood thinners, antidepressants, cholesterol drugs, nonsteroidal anti-inflammatory drugs (also known as NSAIDs), and hormone drugs that include testosterone replacement therapy, prescribed for men experiencing low-T as they age. Yes, this might be the male mid-life dilemma.

As the saying goes, an ounce of prevention is worth a pound of cure.