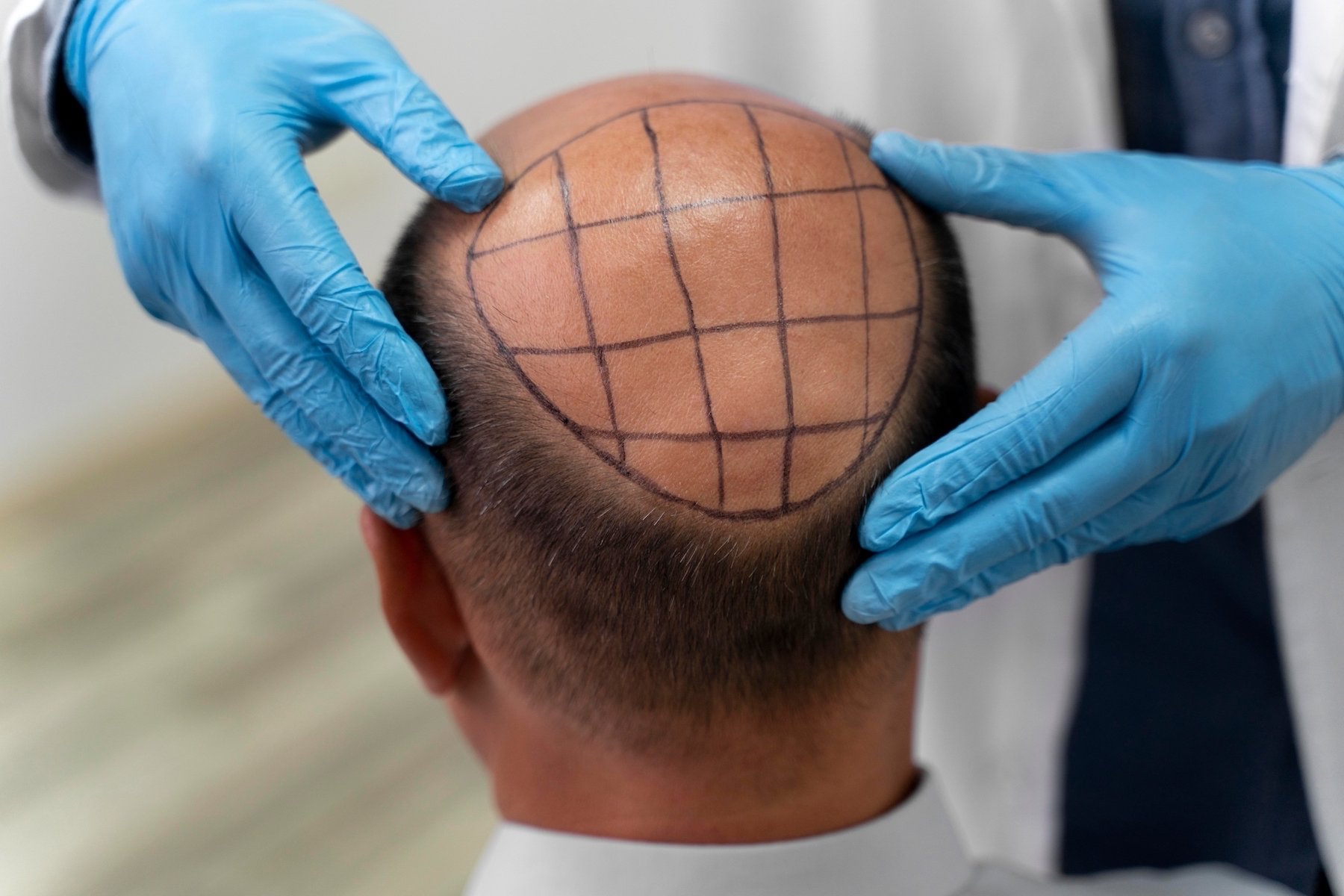 To understand how FUE is an advancement in hair replacement, it helps to know what came before it. Plus, it corrects the maddening injustice of hairy backs as the noggin goes hairless.

The irony of hair loss – in particular, male pattern baldness (also known as androgenic alopecia), but also various hair loss causes affecting men and women alike – is that there remains a lot of hair elsewhere on the body and scalp. It’s just not where you want it, and it increases with age. But there is a surgical technique for moving the unwanted hair to where it is needed (aesthetically speaking).

The most current hair transplant surgery technique for correcting this is known as Follicular Unit Extraction, or FUE. To understand how this is truly a breakthrough procedure, it helps to understand the path to its development and what came before it.

Since the middle part of the 20th century, various techniques for transplanting hair from those other locations have been used, with varying success. The first known hair transplant procedure was in 1939 in Japan, involving small dermal punches that lifted out sections of skin containing a complete hair structure (i.e., down to the roots), reimplanting them where wanted. That technique was largely forgotten because of World War II, until a New York based dermatologist (Dr. Norman Orentreich) used a similar technique, but with groups of dozens of follicles implanted at a time. It was called Follicular Unit Transplantation (FUT).

The unfortunate effect of the Orentreich method ¬– which he himself performed on approximately 10,000 patients ¬– was a “doll’s head” effect of little clumps of hair, not distributed in a natural way. By the 1980s, a different approach was to harvest from the donor area (typically the back side of the patient’s scalp, where it would be less noticed if the patient wore his or her hair long enough) in long strips. This enabled a more natural look with replanting sections of those strips in a more typical distribution. Called the Follicular Unit Transplantation (FUT), it worked on many patients as long as they had a sufficient donor area and loose enough skin to accept the transplant.

So how does FUE improve upon FUT? How are they similar? Let us count the ways:

With all hair transplantation techniques, there is micro-trauma that requires anesthesia and a recovery period of about a week. Given the near-100-year history of hair transplants, it’s clear that this is a small price to pay for those who want hair growth restored to where they want it: on their heads.